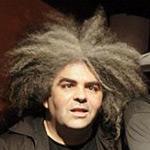 For the first time since the band formed nearly 3 decades ago, Melvins have managed to find themselves on the top 200 Billboard chart (barely)! Their latest album, Bride Screamed Murder, edged its way into the 200 spot with only 2,809 record sales! That should tell you quite a bit about how the Interwebs has affected the music industry.

I love everything these guys have done over the years and they only get better and better. How could they not now that the band includes all two members of Big Business?! If you have not heard Big Business outside of Melvins, do yourself a huge favor and check them out immediately. (Buy it, don't steal it! You should only steal music from bands that have Lica and Metal in their names.)

Now that Melvins includes Coady and Jared, I could die happy if there was another Fantomas/Melvins Big Band! Yes... I am one of the many people that thinks adding Mike Patton to ANYTHING makes it more awesomer.